Magical Drop Touch is a Magical Drop spinoff, released for the iPhone and Android on October 20, 2009. Its release marked the end of a nine-year hiatus following the release of the Game Boy Color Magical Drop.

Data East returns with its Brand New Version of its Best Selling Retro Classic, Magical Drop. This time, World has summoned her favorite friends Fool, Star, Devil, Chariot, and Justice to compete in a Magical Drop Tournament to challenge her at a chance to receive a wish of their own desire.

As of March 30, 2012, the distribution of Magical Drop Touch has been discontinued. 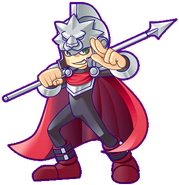 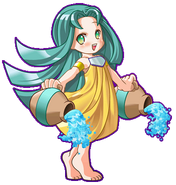