"From an old magic book, inside the Magical Drop is a wonderful magical land. The mysterious Magical Drop will give you anything you wish. This year, many competitors are going to a great Magical Drop Meet to win the Drop. Who will win? Let's start the fight!"
— Intro to the challenge mode on Medium and Hard difficulties

Like Magical Drop II before it, Magical Drop III makes subtle changes to the series's core gameplay. The game introduces a third button, which allows the player to willingly summon rows of balloons into their field. Players can also now simultaneously grab normal and special balloons, unlike the previous game where they can be matched together, but not grabbed together.

A new mode, replacing Flash Mode from Magical Drop II. The player chooses a character and participates in a board game. Players earn the ability to move by participating in 60-second single-player sessions. The goal of the game is to reach Empress, and the player will land on several spaces that will either assist or impede their progress.

The player battles against a number of CPU opponents. The Japanese version contains three difficulty levels: an Easy course (which features a smaller selection of opponents alongside tutorials from World), a Standard course (which features most of the characters and provides the player a fortune shortly before the Game Over message whenever the player beats this mode on the exact difficulty level), and a Difficult course (a more difficult version of Standard that features a special ending when cleared).

The game play for VS mode is for two players. The VS mode, has tons of options: The default choice is the VS, where two players can pick their characters, and jump into the frenzy. The second choice is the Configure VS screen. Here, the player can change the type of versus game: Time Crush: who can destroy the most bubbles in a giving time; Quota Crush: who can destroy a certain amount of bubbles first; and Normal game: who can survive the longest or reach the quota first. In the Configure VS screen the player can also change the bubble graphics.

The puzzle mode is for one player. In this mode, the player must basically survive as long as possible, by making matches and combo-ing. The screen drop interval will get shorter and shorter the higher the level is. The Puzzle Model has three different levels of play: Easy, Normal, and Hard. The easy mode's play board is smaller then the rest and the patterns are 'nicer', that is easier to match colors. The play boards on the normal and hard modes are around twice as big as the normal Story and VS Mode boards.

The original version of the game. Some of the features in this version are not included in other arcade versions, which are detailed below.

The North American version replaces all of the voice acting with the announcer from Chain Reaction. Character endings, fortune-telling, and the Difficult battle mode have been removed, while Magical Journey only consists of the player character with no CPU-controlled competitors.

The Euro version features the altered set of gameplay modes from the NA version, but features a small number of voice actors representing separate languages.

The PSX version features a mode that attempts to play similar to the arcade version alongside the Saturn's "special" rebalanced mode. The "arcade" version is referred to as simply Magical Drop III, while the special version is named Magical Drop III: Yokubari Tokudaigou! (マジカルドロップ3 よくばり特大号!, roughly Magical Drop III: Greedy Extra-Large Edition!). Despite the "arcade" version visually mimicking the Neo Geo AES version (down to emulating the starting menu), there are several gameplay and graphical quirks that suggest that it is an adjusted version of the "special" mode rather than a direct port.

The choice between Arcade and Special mode is given to the player immediately upon booting the game, and the system must be reset to switch.

Magical Drop III introduces a number of new characters. There are now representatives for all 22 Major Arcana.

Puzzle and Magical Journey restrict the player to a small group of characters. All characters (save Black Pierrot in the arcade versions) are playable in Challenge mode, though some require a cheat code to be made playable. The characters and the modes that they are available in are listed below; debuting characters are bolded.

As the "special" console versions don't have a character select timer, the aforementioned characters (plus Black Pierrot) are unlocked by clearing Challenge Mode once.

The player starts this mode on the middle trail. The player will move to the left after completing a stage in 60 seconds or less, and to the right after 60 seconds have passed.

Progression in this mode is similar to that of Easy mode. The secret stages are unlocked as follows:

NOTE: This subsection discusses strategy and is thus inherently subjective.

Magical Drop III is generally seen as the most competitive of the Magical Drop series, and thus has the most developed "metagame." Characters have often been ranked in effectiveness, based on the drop patterns and chain strength. While the specific details of each ranking varies, there are a few opinions on the game's balance that are recurrent enough to be considered community consensus. 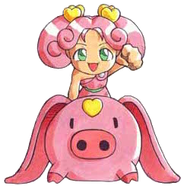 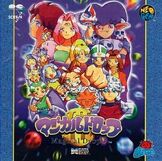 Artwork of the Japanese flyer for Sega Saturn 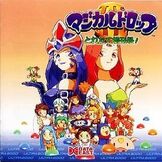 Artwork of the Japanese poster for Ultra 2000 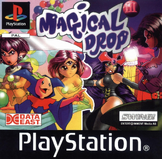 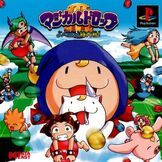 Artwork of the PlayStation box art

Artwork of the box art for Sega Saturn 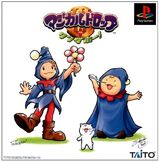 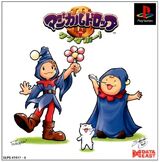 Artwork of the manga collection from the game

Screenshot of the game where Empress battles against Temperance 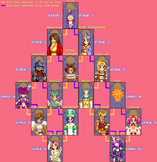 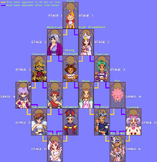 A PNG Image of the Magical Journey Map

Hermit and Tower (who is far away)